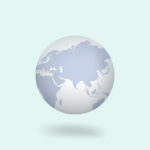 Since the social demonstrations in Syria gave way to the civil war, the
world has once again entered a period of crisis. International politics and humanitarian
crises constitute the two most important consequences of the Syrian civil war,
and many international organizations are making sufficient/insufficient efforts to
solve the problems that have developed under these two major crisis types. While
some studies have preferred to discuss the reflections of Syria on the international
political arena through its impact on the foreign policies of the countries concerned,
some studies have conducted research on its effects at the regional and global level.
However, especially after 2013, there has been a significant increase in the number
of studies evaluating the Syrian civil war by focusing on terrorist organizations. This
crisis arises from the problem of how the Syrian migration flows affect/will affect the
internal relations of the receiving country.

What are your Feelings

Still stuck? How can we help?

How can we help?